HPV vaccine is the target for controversy

Nowadays fiercely debated issue concerns HPV vaccination and its unintentional “side effect” of encouraging unsafe sex, even at earlier ages. The reason for that lies in its main purpose – preventing sexually transmitted infections mostly caused by unprotected and irresponsible sexual behaviour. Among non-medical part of society, there is often an issue of having different perceptions of scientific findings where lack of knowledge and understanding gravitates towards either greater concern or no concern at all.

The vaccine, in medicine considered as one of the most powerful and efficient prevention technique, usually presents “green light” for riskier behaviour, especially when it comes to STIs, which is based on the belief that vaccinated person is less vulnerable or even completely safe. The results of the survey conducted by dr. Janice Krieger at Texas Tech University revealed larger response from the group to whom was said that vaccine prevents STIs over the group who thought vaccine’s purpose is to prevent cervical cancer which leads me to conclusion that HPV vaccination is the potential gateway from responsibility sexual activity carries with itself. While this is the concern of many parents, the facts that are often forgotten that transmission of this virus is not necessarily through sexual intercourse, but also through moist skin or body fluids, although rarely. 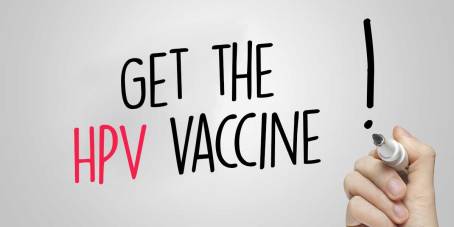 Being aware and concerned about STIs to the extent to get vaccinated is already the sign of responsibility. If the rate of STIs developed in youth is equivalent to trend of involvement in risky and irresponsible sexual behaviour, then researches from Harvard University denied that HPV vaccine is the trigger for such behaviour. From analysing results, they came up with the conclusion that there is no difference in rate of STIs among girls who received the vaccine and the ones who did not. However, this argument excludes the factor of mentality of group belonging to one school in one country. Furthermore, it concerns only one side, girls, while neglecting the boys as equally representing sample.

Although HPV vaccination is indeed calming fears of STIs among youth where among some, it grows into encouragement, the root of this controversy may lie in educating youth both in the school and at home about benefits and disadvantages of the vaccine, its purposes and consequences, but before all that, about responsible behaviour and good motivation for taking care of their health.