One of the most significant international artistic events of 2021 was The Van Gogh:Immersive Experience, a multi-media exhibition held in a number of cities in Asia, Europe and North America. In September 2021, I had the opportunity to visit this exquisite exhibition of Van Gogh’s masterpieces in Los Angeles. For any art lover, this exhibition provides an unforgettable experience as well as an insight into Van Gogh’s important place in the history of art. 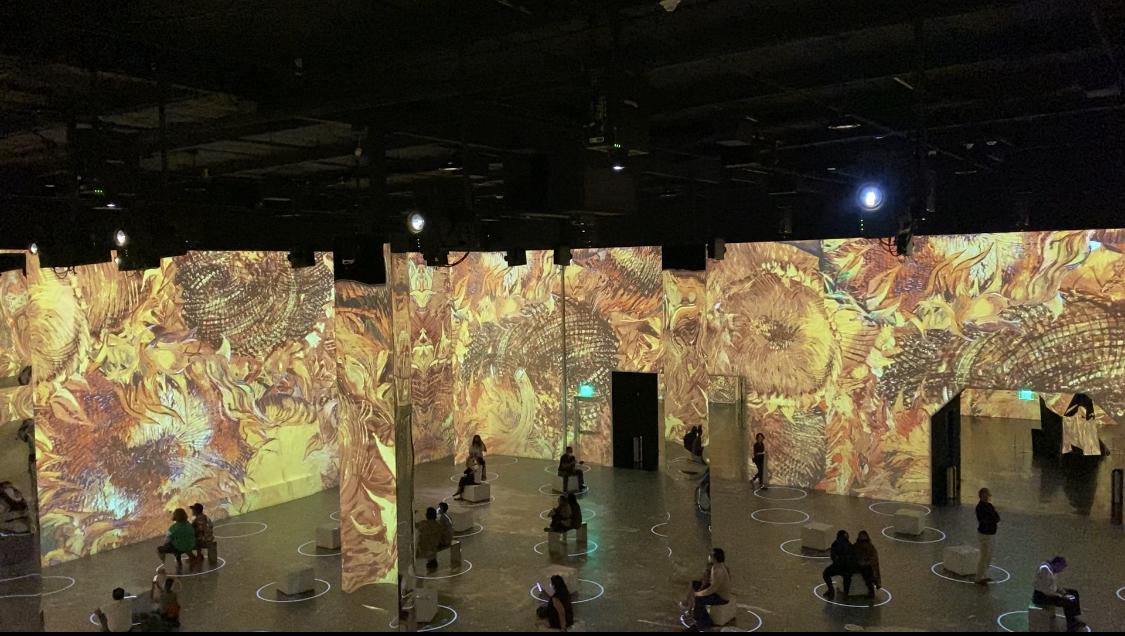 The Van Gogh:Immersive Experience – the exhibition

The Immersive Van Gogh exhibition, available in numerous cities across the United States of America, Europe, and selected Asian-Pacific countries, is different from any other art exhibition. Instead of having paintings and works of art up on the walls for the audience to look at, this exhibition allows you to be immersed in Van Gogh’s art, enabling you to step into his paintings through a unique 360-degree projection experience. The exhibition installation includes a number of  Van Gogh’s paintings from some of his first pieces like the Mangeurs de pommes de terre (The Potato Eaters, 1885) to his most famous pieces like the Nuit étoilée (Starry Night, 1889). The exhibition ensures to bring you through an art experience unlike any other. The astonishing installation leaves many breathless and in awe. It brings a new perspective into art by actually immersing the audience into it with the unique presentations. The cherry on top is the music which ensures full escapism into the art presented. To further understand this exhibition or Van Gogh’s art in general, it is good to be reminded of some information about Van Gogh as an extraordinary artist. 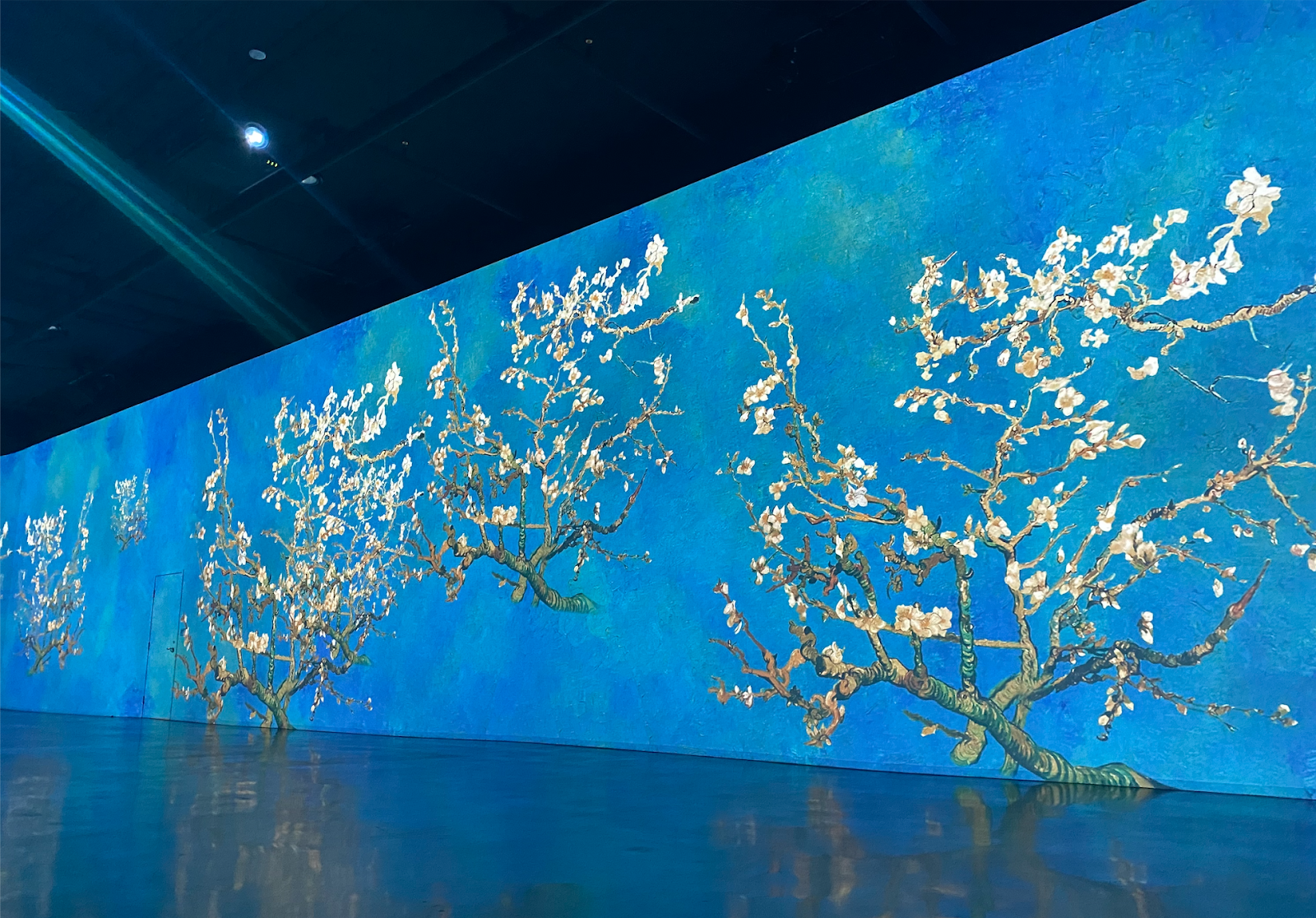 Vincent Van Gogh was an artist who stood out because of his specific art style. He worked with a great deal of urgency and was famous for his bold, dramatic brush strokes through which he provoked a great deal of emotion in the eye of his audience. The colors and brush strokes he used in his art represented his current mental state. He had a great influence on Expressionism, Fauvism, and Abstraction throughout his work in the time of Post-Impressionism in art. His favorite subjects to portray in his art were landscapes through which he depicted his own emotions of anxiety, suffering, love, and hope whilst also portraying his stances on life and death.  He loved the night sky and stars because they gave him comfort, so this was also often a subject depicted in his art. Scientists were stunned by his accuracy in presenting the starry night skies, they were able to tell the exact time when he was painting because of how accurate his depiction of the night sky was. Despite his success in art, he is often remembered as ‘the tortured artist’ because of his personal sufferings. His own melancholy thoughts and stances were often an inspiration to his art.

Lots of  Van Gogh’s sufferings and thoughts can be recognized in his letters, which because of that reason became almost as important as his art. There were more than 800 letters addressed to his brother Theo, which Van Gogh wrote from 1872 until 1890. Van Gogh often shared his secrets in the letters which was uncommon in the 19th century. The letters also included more than 240 sketches, mostly produced with little effort made in pen, but sometimes even detailed sketches in color.

Besides being remembered for his art, Van Gogh was often remembered because of his personal sufferings and the complexity of his character. He struggled with mental health almost his whole life and his mental state depended on the time of year and his surroundings. Some of his most successful and famous paintings (including “The Starry Night”’) were created in his final years, when his mental state was the worst it had ever been. In May 1889 he checked himself into an asylum in which he spent his final year. Even though he was unable to go outdoors and visit the landscapes, he produced the paintings of them by using his memory or even using his immediate surroundings as inspiration. His, arguably, most famous work “The Starry Night” actually presents the view from his asylum window. Finally, on July 27th in the year 1890, he committed suicide by shooting himself in the chest in a field near Auvers.

In conclusion, Van Gogh was one of the most influential artists and a complex individual that will be remembered for a long time. His state of mind was always represented through his art which is why the art itself has a deeper meaning and is still debated to this day. In my opinion, if you ever find yourself in a situation where you can visit his museum or exhibitions, don’t think twice about attending and having the opportunity to experience this grand artist in all of his glory.