I have never had to worry about my loved ones getting safely home from fear of police brutality. But as days’ pas I spend my time looking at my screen. I see things that should not be happening in the 21`st century. The headlines are terrifying; “police brutality strikes again”, “the recent shooting of unarmed blacks” etc. Has the world gone backwards is the fight against racism and equality?

When one of us wakes up happy, another is taking their last breath for a crime they did not commit. Black people get murdered and receive absolutely no justice. We live in an unfair system were some have the upper hand and can get away with almost anything. Black people get killed just for standing on the streets or being at the wrong place and the wrong time. This is not fair. The declaration of Human Right states that everyone is equal and that color or religion should not be discriminated against. But when we read and see the unjustness the black community gets, we have to say something.

The world of black people is being ripped apart because of everyday acts like selling CD`s on the streets, wearing a hoodie or just simply calling for help. Take Terence Crutcher as an example, he was shot to death after officers saw his SUV in the middle of the street. The police gave a statement that Terence had not followed orders to put his hands up. Later a video was released showing Terence coming out of his car with his hands in the air. Terence Crutcher lost his life that day, his family lost a beloved one, and the officer lost nothing. This is the kind of unfair system we live in. The black community is more scared of the police force now than ever before.

In 2013 the Black Lives Matter (BLM) international activist movement was created. The movement campaigns against violence and racism towards black people. They organize protests around the deaths of black people killed by law enforcement officers, racial profiling, police brutality and racial inequality. Black lives matter is fighting for equality with peace and protests. Many are unaware of this and like stating that the BLM is a campaign that says that only black lives matter. This is wrong.

A group has now started an All Lives Matter campaign to say that we should not only highlight the black lives. As that is right, all lives do matter, the campaign itself is being “accidentally” racist. See, Black Lives Matter is trying to highlight that there is demonstrable evidence that black lives matter less than white lives to the criminal justice system. Therefore, I advise everyone who wants equality and who believes that all lives matter equally to support the Black Lives Matter campaign. 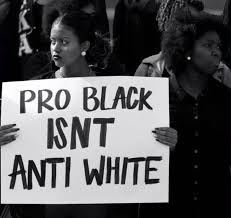 Our society is like a rose garden, with different colors and all beautiful in their own way, so let’s not let the black community be the rose that falls and gets covered in mud.