When Art Speaks Up

THE line between an artist and an activist has always been a blurry one. Solo projects like grandson are just one of many who have used their medium to speak up on important issues such as political crises, sexism in showbiz and more. 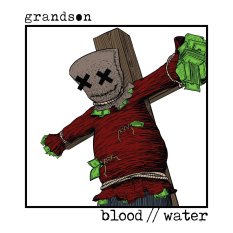 grandson, a stage name of a 23 year-old musician from Canada, introduced himself to the world on October 15, 2016, with the song Bills. As its title hints, Bills is a song that talks about the financial problems of the millennials and younger, as well as the generational gap between the young and the old. It originates from a poem he wrote during tax season and marks the beginning of grandson.

However, Bills is far from being grandson’s only song with political connotations. Blood // Water criticizes the system of the world we live in and much like Bury Me Face Down, it exposes grandson’s rebellious nature and political views. Classified as alternative rock / indie, grandson’s songs have a unique sound that along with expressive lyrics easily create an atmosphere that gets his point across. 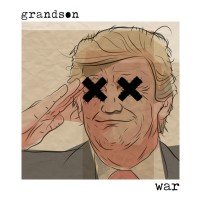 War, grandson’s second most-recently released single, is an extremely political song that touches predominantly on the topic of racism and war. Choosing the cover of the single to be Donald Trump with X’s on his eyes, grandson isn’t the one to shy away from sharing his thoughts and comments on current political events around the world – mainly, the US.

In addition to his music, grandson expresses himself on social media – Instagram, Facebook and Twitter. In many posts on Instagram he’s trying to call his audience to action and reminding people they have a voice and the right to use it.